> > for this week's lesson we're going to be talking about slavery and the slave trade and while it's a big story, perhaps a story that you can't beat in terms of its depths of sadness and its depths significance.

It's a big story, it's a sad story. What are we going to be doing this week in terms of topics and questions? ≫ > well, we're going to try to in some ways just wrap our heads around what slavery is.

Slavery does still exist in the modern world. ≫ > yeah. ≫ > it's not as you think. From a historical perspective and for our purposes in this course, we need to understand the basic condition of slavery.

Just to understand that the simple point that i've often heard people say, " slavery, wow, those people were treated like property or like they were objects." they were property.

They were objects. This is an issue in law and in human understanding. That's how they were understood to be. ≫ > and that's profound. ≫ > for how you treat that human being.

So, we need to keep that in our mind as we are preceding here. I -- this is more for later weeks than it is for this week, but I think an awful lot of people in the past and perhaps in some cases today get caught up in the question, you know, " how well were the slaves treated." and some people say that's important and you can understand why.

Other people will say, and you can equally understand why, " it doesn't matter how well they were treated, they were property and you can't treat a human being like property. So, that's kind of basic conceptual issues important for us to keep a handle on as we're going forward.

So, they are not treated like property, they are in fact property. So, the question, the big question that we're going to deal with, because we always have a big question on our lessons, our big question this week is, " why? Why was this system able to exist? Why was this system able to function and be as important as it was in this early modern era? How did these people justify and legitimize these basic questions, this issue?" so, we can answer that in fairly simple ways.

We can say, " why did they do that?" well, because it's enormously profitable, they made a lot of money out of it. ≫ > basic motivation for too much human action. ≫ > absolutely.

Yes, and in this course, money and power, we can certainly run with that angle for sure. And we can also argue and many people will make this case that it was just the way it was.

People accepted that in the past. And certainly to a certain degree that is true. Often the african and the european societies there were legal frameworks that allowed that to exist. So, that's certainly part of it.

But at the same time there was also criticism and it wasn't just kind of criticism from below, it was criticism from above as well. So, for example, we will read a papal encyclical on slavery from the 16th century this week and it's critical to slavery.

≫ > yeah. ≫ > and so that is also part of an early modern understanding and we need to keep that in the forefronts of our minds as we go along.

So, we'll try to get it up for discussion, a debate the understanding of this major, major story. ≫ > we can look at this as having three very big impacts.

And that's where we'll spend more time later in the course, but even as we begin this story of slavery we need to understand the scale of the story we're entering into. ≫ > or at least try to in a bi g-- > > try to is a good point.

So, it's the demographic issue that we're talking to. The transfer of 10 million people from africa to the new world. The forced transfer. These people were not immigrants and there's some people who and history have described these people as immigrants.

They're not immigrants. ≫ > > > in a very technical sense they were immigrants, but they were forcibly removed from their home lands, transferred across the oceans and made to labour as property on the plantations and properties of other people.

So, that demographic shift is absolutely enormous. The second thing we can then look at is the economic impact of the slave trade. And there we can point to two quick things.

One is the slave trade itself, very profitable, lots of english and french merchants will spend 20 years trading, you know, wine, or oil or whatever and they'll be doing okay, and then they'll save up enough money to go down the coast of africa for one big haul of slaves and get them over to the caribbean and they make their careers.

They make enough in that one journey to last the next 10 years. Lots of wealth is made just in the actual movement of those people. And then the second thing, of course, is what those slaves do.

Owned by french, spanish, english companies. They are making enormous piles of money out of this. Much of the profits are going back to the european colonizers.

So, a lot of industries, like industrial production, factories and so on are financed on the profits made from the slave trade. So, some of these things multiply and can become quite significant.

≫ > -- still with us today and still shocking the more we think about it. ≫ > many companies operating in the world today whose founding moneys came from the slave trade.

And they are still profitable and they are still doing fine and so on. The third major impact that we can look at is the human impact. And, perhaps, in many ways, the most important the violence that's involved in this system, the degradation of human beings, the impact it has on the communities, that are torn apart by the removal of these people.

The degradations that are imposed on the communities that are formed in the new world, these are huge in and of themselves. And, of course, those have legacies as well, because it's part of the story of racism in the new world and those are, again, legacies that contain to this day.

So, these are significant stories. Stories that have 15th, 16th, 17th century beginnings, but whose legacies remain with us today in major ways. ≫ > so, not just ripple effects, but shockwaves that's through -- > > I think that's -- that is not hyperbole.

≫ > now, there is a deep and profound ethical and moral dimension to many many of the issues that we -- in fact all of the issues that we talk about in the course, but in no lesson is the moral dimension of historical thinking horribly clearer than in the material or the subject that we are starting to talk about in this lesson and we will be talking about throughout the rest of -- much of the course.

≫ > rest of the course. ≫ > it's always a topic that we have to keep in our background, in our memory, in our -- when we think about whatever we're reading in the course of money and power in the atlantic world.

But to talk a little bit more about the ethical dimension of historical sinking, what strikes me is this profound -- well, gap or gulf between our world, in which we recognize the deep sad and even evil deaths to which people in the past fell, we can recognize that with our clear, moral compass in the world and we are the people that have to try to make sense of these documents, that leads to a real challenge that is so important for historians.

So, what do we do with that? ≫ > in fact, big question. ≫ > this is the historical thinking challenge. ≫ > methodological question that we face as society. ≫ > right.

We can't give up our view of the world, but -- and we do have to recognize how different people were in the past. We can't assume that people everywhere always are the same.

It's just not the case. Why couldn't they see? So, what do we do? We try as best we can to recognize where we stand, but -- and to recognize that we don't agree with these people in the past, but we still want to understand them in their own terms.

That's one dimension of ethical and moral thinking about the past. ≫ > and this case it's really clear, but we do it all the time. ≫ > right. ≫ > there's always an ethical dimension to this.

There's always a judgment that we can pass on other people. So, learning to find a way to step back as much as we can, to understand as best we can is important in all these questions.

Just that this week it's very clear. ≫ > right. But that's really one of the most important lessons to learn in understanding the moral dimension of historical thinking.

There's one other, we've been already introduced to it in this course and that is that not everyone in the past agreed morally. So, you can look for that gap in the gulf between people in the past and you might even, at a sophisticated level, look at how one person's views changed over time. 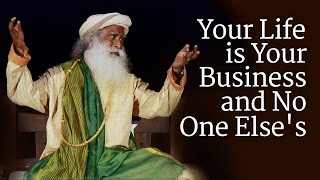 Sadhguru on Karma: Your Life is Your Business and No One Else's 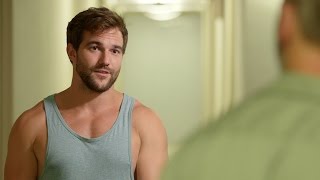 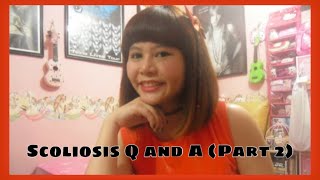 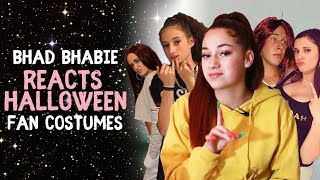 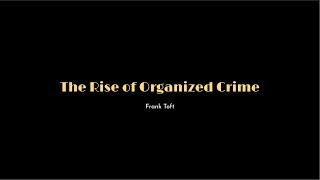 The Rise of Organized Crime, America During the 1920s 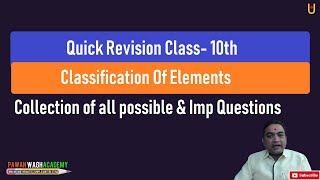 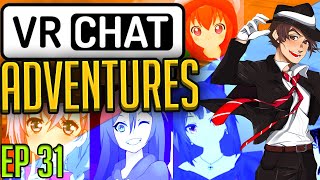 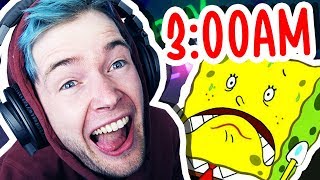